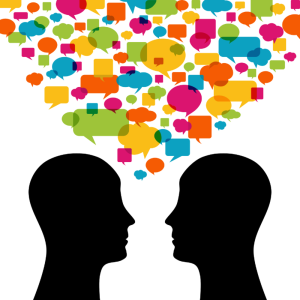 Then there are the native speakers of English who are further divided into various camps. In fact, Amercian-English speakers outnumber the English (that is, British) speakers by at least 5 to 1. Add in the Canadians, Australians, New Zealanders and the many other countries where English is an official or second language and the picture of a single English language is rather murky.

All in all, the face of English is far from unified. Spell-check programs offer up to 18 varieties of English. Websites often distinguish between British and American English. Some even offer World or International English as an option.

We English speakers, especially the natives, are fiercely loyal to our own particular form, which is understandable since language is a strong component of identity.

The varieties of English serve to strengthen our individual identities and, for the most part, rarely cause a lack of communication. In fact, for international purposes a Common English is evolving that has acquired many names including International English, World English, Global English and even Wenglish and Globish.

It seems natural that a common, international variety will develop from the existing native forms. As in many cases, this can result in a situation called diglossia. Oxford defines diglossia as “A situation in which two languages (or two varieties of the same language) are used under different conditions within a community, often by the same speakers. The term is usually applied to languages with distinct ‘high’ and ‘low’ (colloquial) varieties, such as Arabic.” (See Oxford Dictionaries here)

Do we need a unified form of English? If so, who would decide, where would it be used and which variety should be adopted? This blog will explore these questions and discuss the possibilities from the perspective of those who use English daily.

One thought on “English is not just for the “English””